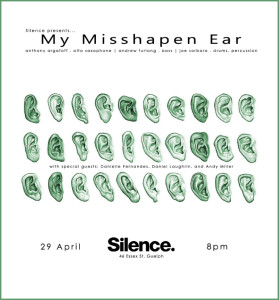 My Misshapen Ear is a collective trio featuring Anthony Argatoff on alto saxophone, Andrew Furlong on bass, and Joe Sorbara on drums and percussion. Their music ranges from minimalism to free jazz to chamber music through swinging, blues-inflected, nose-crinkling-neck-rocking grooves as often as prick-up-your-ears noise experiments. The band plays music composed by its three members whose strength as both composers and improvisers is on full display here. 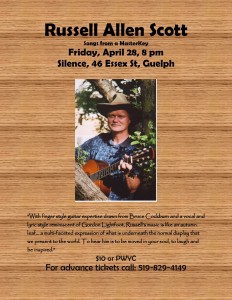 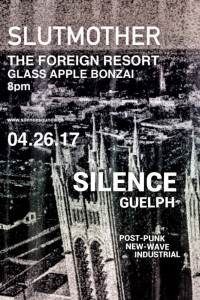 The Silence Collective: A Fundraiser
April 23, 2017

On February 3, 2017, the Silence Collective was invited to represent the Canadian music scene at the GANGNEUNG Folk Art Festival, in the region of South Korea – the location that is hosting the 2018 Winter Olympics. 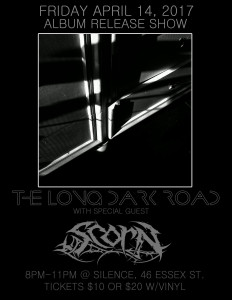 The Long Dark Road is an audio experiment composed by Jeremy Cavan. It looks to combine the ethos and melody of punk and hardcore with black metal. 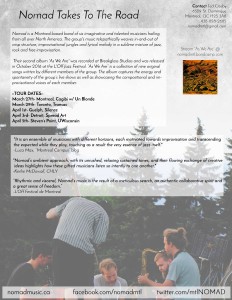 Nomad is a Montreal-based band of six imaginative and talented musicians hailing from all over North America. The group’s music telepathically weaves in-and-out of crisp structure, improvisational jungles and lyrical melody in a sublime mixture of jazz, rock and free improvisation.