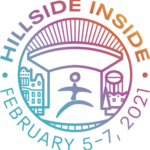 Considered to be the Godfather of PowWowStep, DJ Shub has undoubtedly pioneered a growing genre of electronic music since his initial start with internationally-acclaimed group A Tribe Called Red. Born Dan General, he is a Mohawk, turtle clan of the Six Nations of the Grand River located in Ontario, Canada. Since the creation of PowWowStep, he has grown more aware of the Indigenous way of life through his music, merging his heritage with his craft. “This style of music – there is so much culture in it, and that’s what makes it so original,” said DJ Shub.

As a solo artist, DJ Shub released his first EP “PowWowStep” in 2016 and has since played some of the biggest music festivals in North America. He’s also been featured in a number of national media outlets. His song “Indomitable” was notably handpicked by Sacha Baron Cohen as the theme music to his hit Showtime series, “Who Is America?” DJ Shub is currently producing his first full-length album, due out Fall 2020. His new record will be brought to life on the big stage, a non-stop body-moving experience with vibrant visuals, live drummers, vocalists and instruments.

Donate to Hillside
Donate to Silence

Silence and Backyard Concerts are thrilled to announce a series of pop-up concerts on Saturday Mornings at Silence this Winter. Each event will begin at 10am, so hit up the farmer’s market and come on down to take in the show. JANUARY 8TH SCHEDULE CHANGE: LIVESTREAM WILL BEGIN AT 11AM Due to COVID-19 seating will be limited so we are asking folks to reserve seating in advance. We will also accept walk-ins on a rotating 20-minute basis as long as we are under capacity. Proof of full vaccination is required for entry and masks must be worn at all times. Artists will be announced the week of each show. LIVE STREAMS WILL BE AVAILABLE VIA BACKYARD CONCERTS’ FACEBOOK PAGE Featured artists will include: Tannis Slimmon and Lewis Melville (hosts) Banjo Mechanics Allison Lupton and Tony McManus Preetam Sengupta Hoofbeats Annie Sumi and Travis Knapp Shannon Kingsbury and Sophie Brown Dave Clark Ken Morris Students from…

END_OF_DOCUMENT_TOKEN_TO_BE_REPLACED

Unmuted is a celebration of the powerful voices, words, and music of seven Ontario artists.  It’s also a celebration of listening—with a full heart—at a time in our history when distancing and masking have quieted our sense of touch, quickened our other senses, and sent us to our screens and earbuds in search of meaning, clarity, enthrallment, and beauty. In a happy partnership that will span four months, Hillside and Silence present music and spoken word performances that will command your screen every other Friday starting October 16th, 2020 and culminating in Hillside Inside in February 2021.  First up next Friday is Joni NehRita. Jamaican-Canadian artist Joni NehRita writes songs about unity, hope and social justice. Her jazz-tinged brand of soul is infused with rhythms & sounds from her Afro-Caribbean background. A multi-instrumentalist, songwriter and producer, she has a gift for writing infectious, well-crafted songs that are deeply personal. This year NehRita…