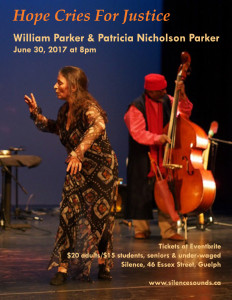 William Parker and Patricia Nicholson make music, dance, poetry, as it comes through them, in order to uplift encourage and inspire the listener to enter the realm of their higher self. So they in turn may, in their own lives and work, act as a force for good. The ultimate goal of the art is for all who listen to it be filled with compassion.

Ensemble Atlantica presents Impressions: Ontario Tour 2017. Meet us at Silence Sounds in Guelph for our fourth performance of our tour. Join us for an evening of new sounds by young Canadian and international composers, along with a special piece featuring guest artist, clarinetist Jana Starling!

Our program, conducted by Baptiste Boiron, will consist of six new works of colourful variety by the following composers: Myles Skinner, James Lowrie, Jossée MacInnis, Pascal Bard, Abigail De Niverville and Baptiste Boiron. Expand your horizons and open your mind to an evening of contemporary music!

Ensemble Atlantica is an eclectic group of young aspiring musicians with goals of pursuing careers in the performing arts. Clarinetist and composer, Jossée MacInnis and, saxophonist and composer, Pascal Bard founded the ensemble in 2015 in hopes of fulfilling a creative calling as well as giving young composers an outlet to experiment. 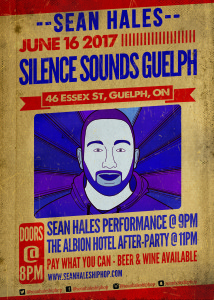 Sean Hales is a Canadian musician from Guelph ON who is surfing the beautiful waves of music towards an acoustic-pop, alt-rock, hip-hop, mystery genre. This Sean Hales Showcase will include an acoustic hip hop focused performance and some other great local artists! Come out to enjoy good vibes, great music, wine & beer, and great friends. All artists, musicians, listeners, and friends are welcome to come out for a pint and some great music! 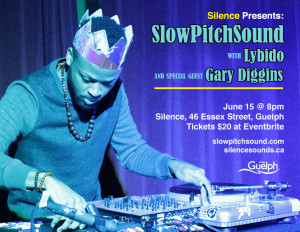 Together they combine music, dance and projected visuals to create a very unique experience. With clever visuals tricks, SlowPitchSound’s own style of turntable compositions and Libydo’s unique approach to dance, they take their passengers to new dimensions. 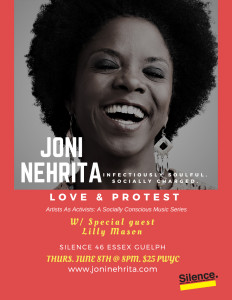 Toronto-born Jamaican-Canadian singer/songwriter Joni NehRita is not easily forgotten after seeing her live. Since re-locating to Guelph, this soul/jazz artist has become a staple on the local scene, known for steadily releasing great music, being fiercely loyal to her community and having a heck of a live show. It’s no surprise that she has become one of the Guelph/Waterloo Region’s best known and loved independent artists. 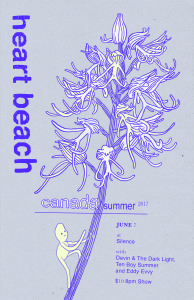 Self-described as “an ocean-pop band that plays sad, minimal, Hobartian, skuzz pop”; Heart Beach dazzled critics in 2015 with the release of their self-titled debut, following a feature on triple j’s Unearthed and a position in Rolling Stone’s Top 10 Australian Albums Of The Year.Band members Claire McCarthy (bass/vocals), Jonathon McCarthy (guitar/vocals) and Christopher Wessing (drums/guitar) interweaving girl-boy harmonies, insistent guitars and steady rhythms create uniquely crisp yet subtle sounds of simplicity and grandeur. Attracting comparisons to old-school greats such as The Pixies, Echo and The Bunnymen and Joy Division; the Tasmanian indie-pop trio’s musicianship is of the highest caliber.
The Brian Pickell Band
June 2, 2017 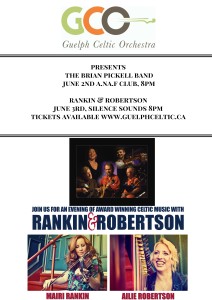 The Guelph Celtic Orchestra is proud to bring you a weekend of World-Class-Multi-Award-Winning Celtic Music!
Friday, June 2nd: The Brian Pickell Band, featuring Shane Cook, Fiddle Champ!
Saturday, June 3rd: Rankin/Robertson of “The Outside Track”, featuring Mairi Rankin, Cape Breton Fiddler Extraordinaire, and Ailie Robertson, Scottish Harp Wiz!Pulled together by the magnetic, globe-trotting compositions of Brian Pickell, the group combines the talents of Shane Cook, multiple winner of the Canadian and Grand Masters Fiddle Contests and the American Grand National; revered Ottawa multi-instrumentalist James Stephens on fiddle, mandolin, bass and viola; and Pat O’Gorman, an admired mainstay of the Canadian music scene, on flute, whistles and pipes. Julie Schryer is widely considered to be one of the finest piano accompanists in Canada, and Brian is an accomplished composer, guitarist, and banjo and mandolin player. Together, they are a musical force of nature.
Previous articleRoelf Zantinge

Next article Fareed Haque and Goran Ivanovic heading to Guelph