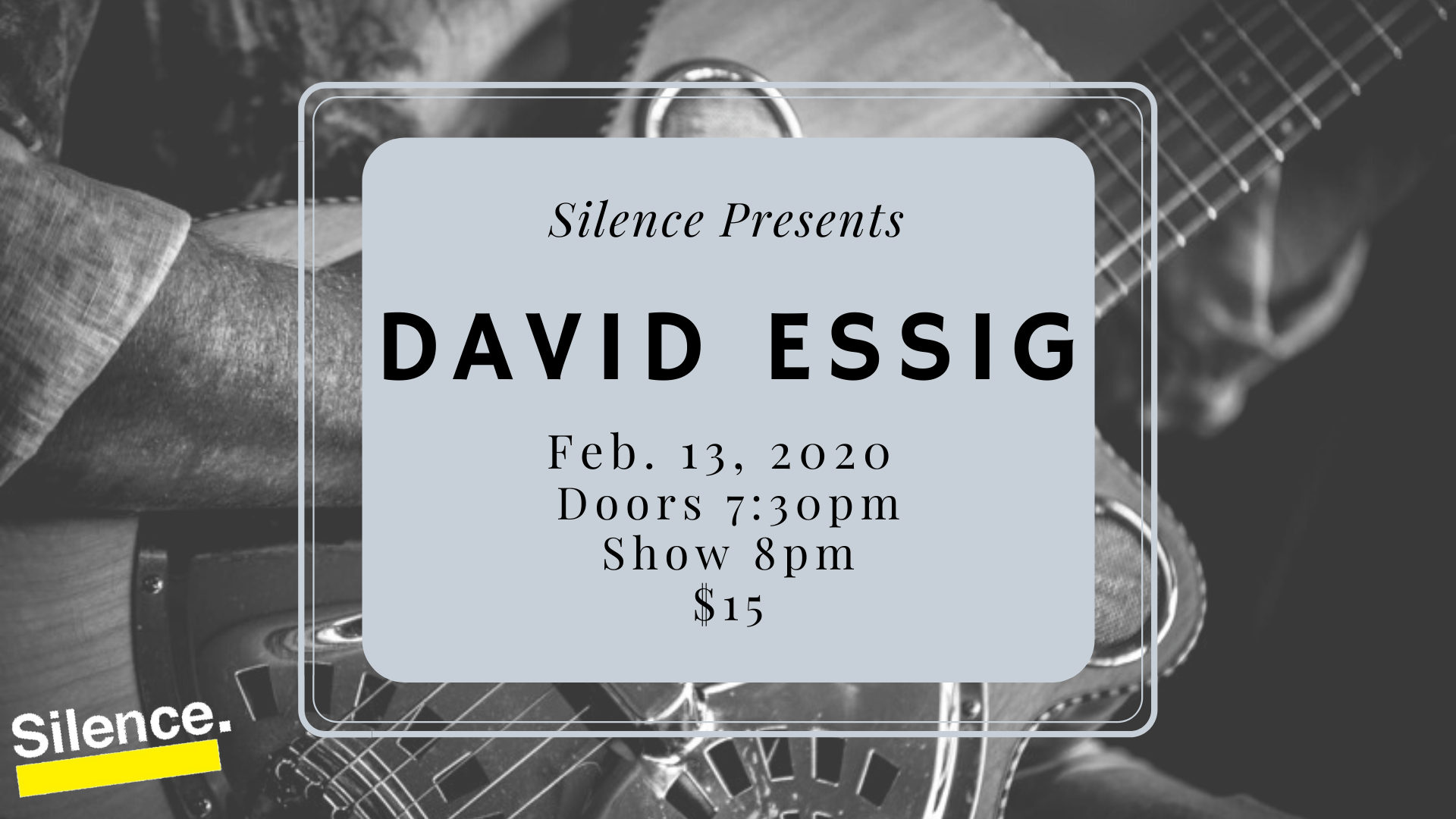 An intimate concert in one of Ontario’s finest independent art and performance spaces. I played here in 2018 and am so looking forward to a return visit.

DAVID ESSIG was introduced to Canadian audiences in 1971 as a “talented newcomer” at the legendary Mariposa Folk Festival. Now, nearly 50 years later, he continues to pursue an international career as one of Canada’s finest roots music performers. He has appeared at every major folk festival in Canada and at concerts throughout the world.

David uses the traditions he grew up with – Bluegrass and Delta Blues – to create timeless original songs. He has released 25 albums and continues to tour across Canada and in Europe. He has a strong following in Italy where, in addition to musical performances he has lectured at the University of Bologna on the semiotics of roots music.

David is a compelling live performer with contemporary original songs that bring a unique Canadian perspective to traditional country music and Delta blues.  Many of his songs, like “Albert’s Cove” and “High Ground,” are considered classics of Canadian roots music.

As a producer, David has done over 60 albums with other artists, including the first three albums by both Willie P Bennett and Fred Eaglesmith.

A master of the guitar, David moves with fluid grace between country and blues and is considered one of Canada’s finest slide guitarists. David composed “Berkeley Springs” – a celtic guitar instrumental that has been widely recorded and is now a standard for finger-style guitarists worldwide.

David’s latest album, Live at the Queens, was recorded in concert in 2018. It was originally released as signed/numbered limited edition and is now in general distribution.

David is also a fiction writer. He has published his first novel, Dancing Hand, and has appeared at numerous Canadian literary festivals. He is currently completing a collection of short stories based on the narratives in some of his most well-known songs.

David lives on Protection Island, BC.

“David Essig is one of our most cherished touchstones

for the Canadian way of life.” – Penguin Eggs