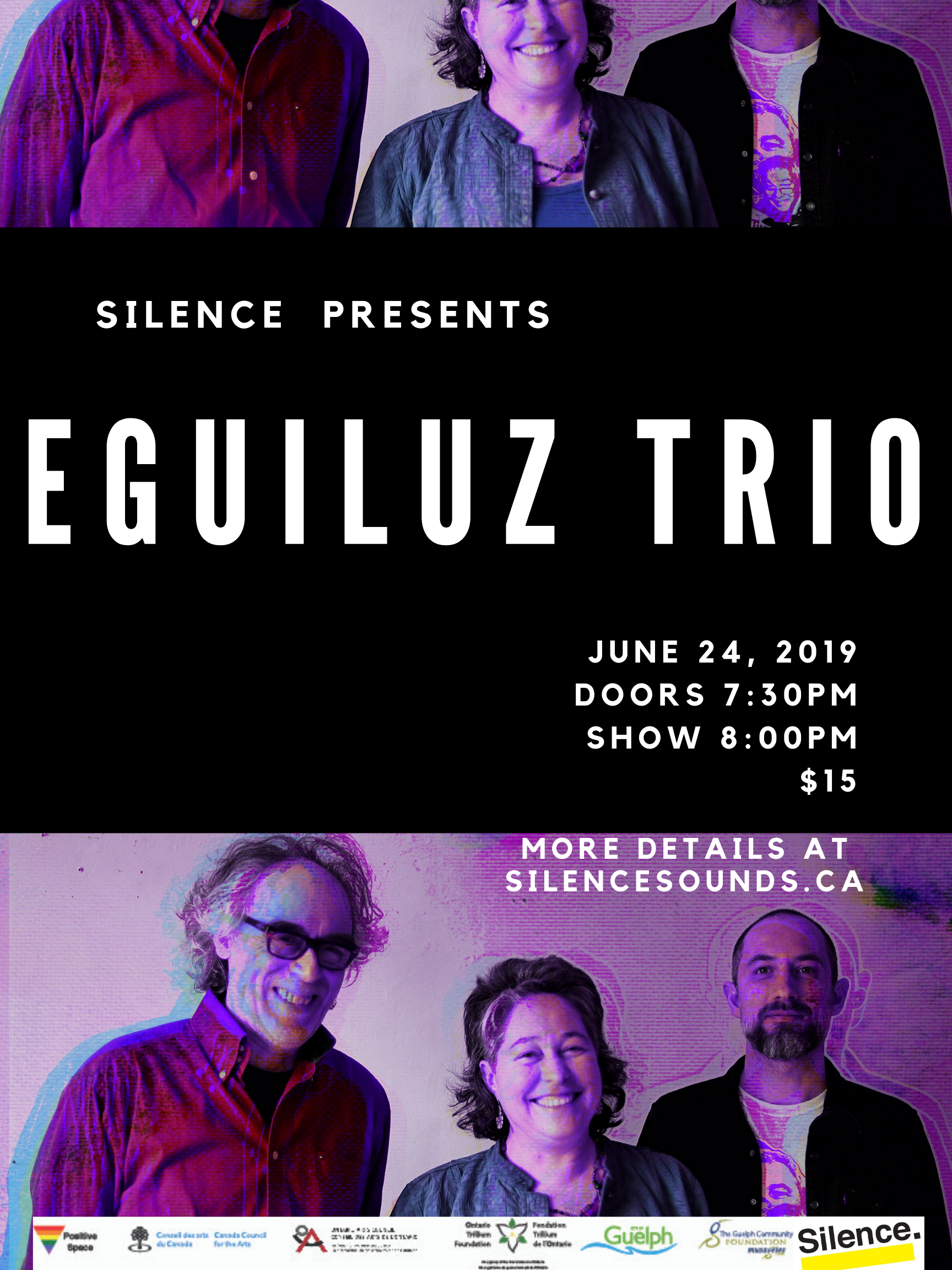 Doors: 7:30 PM Show: 8:00 PM Tickets: $15With Ontologies, Géraldine Eguiluz and her accomplices, violist Jean René and bassist Stéphane Diamantakiou, interrogate the very nature of being. Nine musical drawings are at the root of this twelve-part work, which is further animated by diverse influences: Quantum physics, the symbolic language of biology, and the YI King. This trio, between its silences, pursues a musical equilibrium with the sacred numerological implications of multiples of three and the Holy Trinity. It balances the intimacy of chamber music; the folk-music earthiness of the Bulgarian flute, kalimba and guitar; and the strength and vulnerability of the pocket trumpet, two male voices, and one female voice. The trio evokes the cosmos within the freedom of listening without intention and of playing away from the roots of tonality. These are spontaneous, improvised compositions and emotions connected to their vital centres, the point and the line, the rhythm and the break, the timbre and the sound.https://mikroclimat.bandcamp.com/album/ontologiesSilence Open Mic feat: Jeremy Luke HillWednesday June 5, 7:00 PM – 10:00 PM
Doors and sign-up at 6:30 PM Event at 7:00 PM$5/PWYCCalling beginning, intermediate and advanced artists, poets, musicians, magicians (and more!) to come out and perform on the first and third Wednesday of every month! Sign up at Silence begins at 6:30 pm, performance between 7-9 pm. Silence provides P.A., piano, drum kit, mics, bongos and atmosphere!Jeremy Luke Hill is the publisher at Gordon Hill Press, a literary publisher based in Guelph, Ontario. He is also the Managing Director of Vocamus Writers Community, a non-profit community organization that supports book culture in Guelph.He has written a collection of poetry, short prose, and photography called Island Pieces; three chapbooks of poetry called CanCon, Trumped, and These My Streets; two poetry broadsheets called Grounded and Indexical; and an ongoing series of poetry broadsheets called Conversations with Viral Media. He also writes a semi-regular column on chapbooks for The Town Crier. His writing has appeared in The Bull Calf, CV2, EVENT Magazine, Filling Station, Free Fall, The Goose, HA&L, The Maynard, paperplates, Queen Mob’s Tea House, The Rusty Toque, The Town Crier, and The Windsor Review.PipeDown! Presents: Pindles wsg Hyness / AllodaysFriday June 21, 7:30 PM – 11:00 PM
Pindles is a mix of psychedelic, folk & 90s rock with a soaring rhythm section, transcendent guitars and enchanting melodies – an experience you won’t soon forget!From St. Catharines Ontario, like many great bands Pindles emerged out of a spontaneous jam session between four friends and their love of music, but has evolved through years of dedication and hard work. A four piece band, their sound is a engaging blend of Canadian songwriting weaved together with intricate musicianship.Comprised of Matt Meaghar, Chris Sipos, Justin Blake, and Graham Morley, all the bandmates come to Pindles with a wide range of backgrounds and passions for music. Matt, our lead vocalist is a triple thread – singer, songwriter and guitar player extraordinaire! Chris, the lead guitar and supporting vocalist, while shredding the stage keeps jokes and joy, both on and off-stage. Justin, the unsuspecting and often underestimated bass player roots the imagination and excitement of Pindles of into an inspired movement of sound. And on drums, Graham is a drum machine in human form, bringing the backbeat and rhythm.Pindles has played local showcases, in St. Catharines and cities throughout Ontario, from Windsor to Sault Ste. Marie. Long-time regulars on the festival scenes, some of our favourite highlights come from The Heat off Front Street Festival in Sarnia, the newly launched Cicadafest, and our hometown favourite, the In the Soil Arts Festival.The formula of a four piece band isn’t new, but Pindles is one of those bands whose sound takes you back to a time in your life when there was something in the air, something special, something real and honest to what is happening. https://open.spotify.com/artist/2xusNnQm2Xlcjr0E3T1Wo8With special guests Allodays:Battle borne and ready to blow the minds of the masses, Allodays is a moving and grooving indie rock band with the vocals of angels and instrumentals from the innermost circles of the Inferno. Amassing the ethereal lead vocals of Maddie Holden backed by the celestial harmonies of Sarah Teflissi, the earth-shattering bass-playing of Eric Loree, shredding lead guitar from Chris Ma and thunderous drums from Jonah Gillespie, Allodays is sure to remain in the sonic psyche for some time to come. Allodays has garnered influence from a plethora of genres; intertwining and fusing them into the newest generation of indie rock for your listening pleasure. Taking influences from notable artists such as The Arkells and Alvvays, Allodays promises a night you will always remember, even if you forgot the name of that girl you gave your number to.Silence Presents: Friendly RichThursday June 6, 7:30 PM – 11:00 PM
$15 Doors at 7:30 Show at 8:00FRIENDLY RICHPerforming with The Lollipop People & reading from his new book Mortadella Is Donkey MeatGREGORY PEPPERPlaying songs from his forthcoming album “Dad Year”BABY LABOUR Is going to rockGet your tix at Eventbrite@ Silence – 46 Essex St.
Previous articleSilence Presents: Mingjia / Pomes / Samson Wrote