George Crotty Trio celebrates a new album release! They will be supported by a set from Guelph’s own Matt Brubeck and L-CON 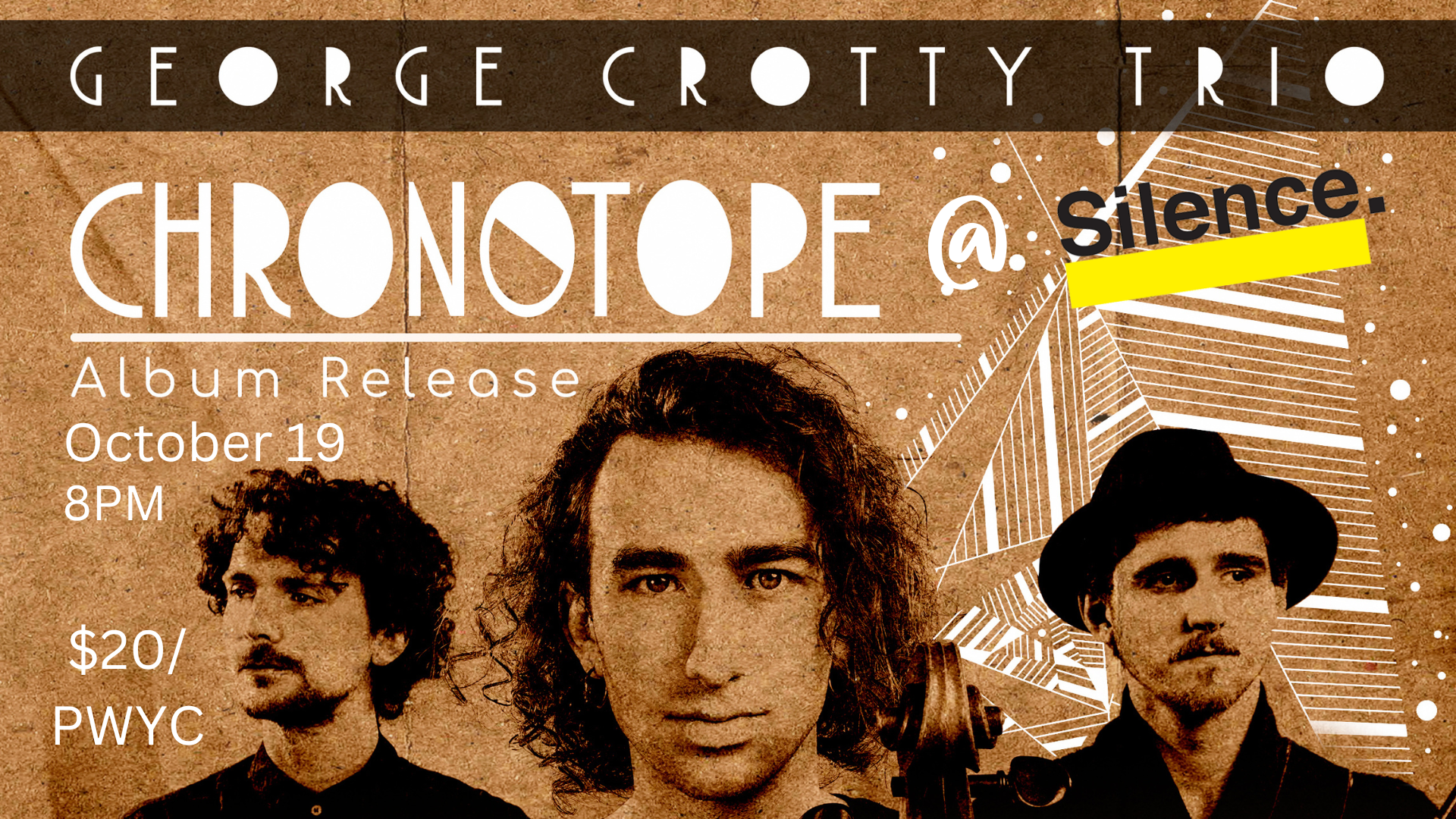 George Crotty has forged his own vocabulary on the cello. Following his graduation from the Berklee College of Music, he immersed himself in New York’s jazz and world music scenes, joining several ensembles such as the Brooklyn Raga Massive and the Detroit-based National Arab Orchestra, in addition to collaborating with Paquito D’Rivera, Anat Cohen, and Darol Anger.

Cellist Matt Brubeck and musician/producer L-CON will begin the night with a collaborative improvised set.

Matt Brubeck is a JUNO award -winning performer/composer specializing in improvisation on the cello. Raised on jazz and classically trained at Yale, Matt is at ease in multiple genres and has taken his cello improvisation skills into diverse musical territories. Matt has collaborated with more artists than he can remember and has had many eclectic musical adventures.

L CON is the solo project of BC-born, Swiss-Canadian songwriter and sonic adventurer Lisa Conway. Her recordings have been described as “ethereal, minimalist, experimental, unnerving…and downright elegant” (AUX). Lisa has collaborated with filmmakers, dancers, theatre directors, and performance artists, been nominated for a SOCAN Songwriting Prize (as part of Del Bel), and completed creative residencies from New Brunswick, Canada, to Aubagne, France. An alumni of the Canadian Film Centre’s Slaight Music Residency, and one of two Canadians selected to be part of the renowned Red Bull Music Academy 2018 in Berlin, her work both in live performance and in the studio has garnered critical acclaim.