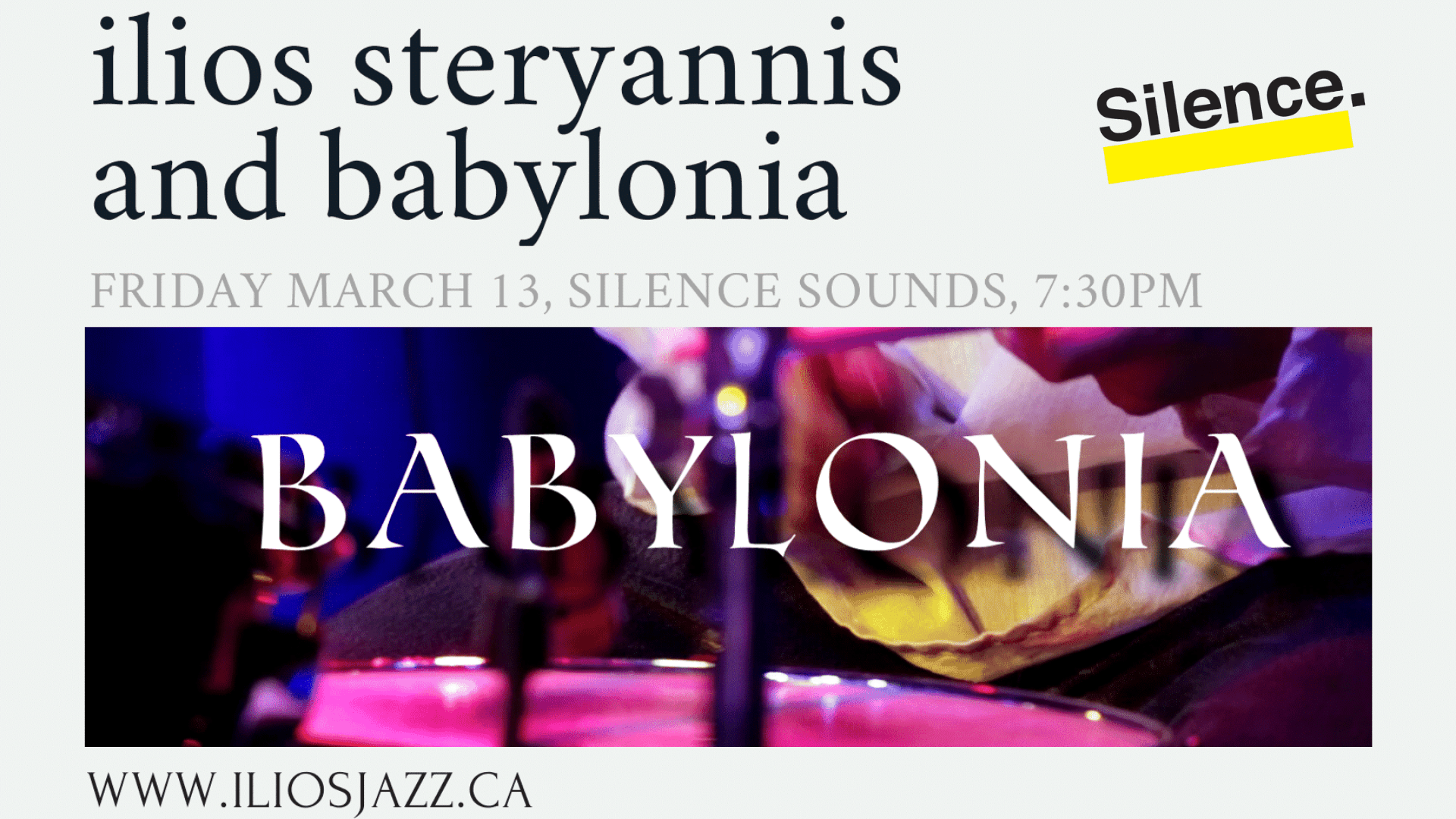 The Babylonia Suite,” composed by Toronto drummer and composer Ilios Steryannis, is a celebration of Iraqi Jewish music and culture. The suite follows the movement of a family from Baghdad to Mumbai to Manchester, and finally Toronto. Expect elements of jazz, funk, Middle and Near Eastern sounds, and Ilios’ trademark energetic percussion. It follows his debut album “The Bethany Project” released in January 2018 to rave reviews and extensive airplay worldwide.
The band consists of some of Toronto’s finest jazz and world musicians: Paul Pacanowski on clarinet and flute, Amber Walton-Amar on cello, Jeremy Ledbetter on piano, Connor Walsh on bass, and Ilios Steryannis on drums. The six-part suite will be performed during the first set of the evening while the second set will featuring other works from Ilios’ catalogue.