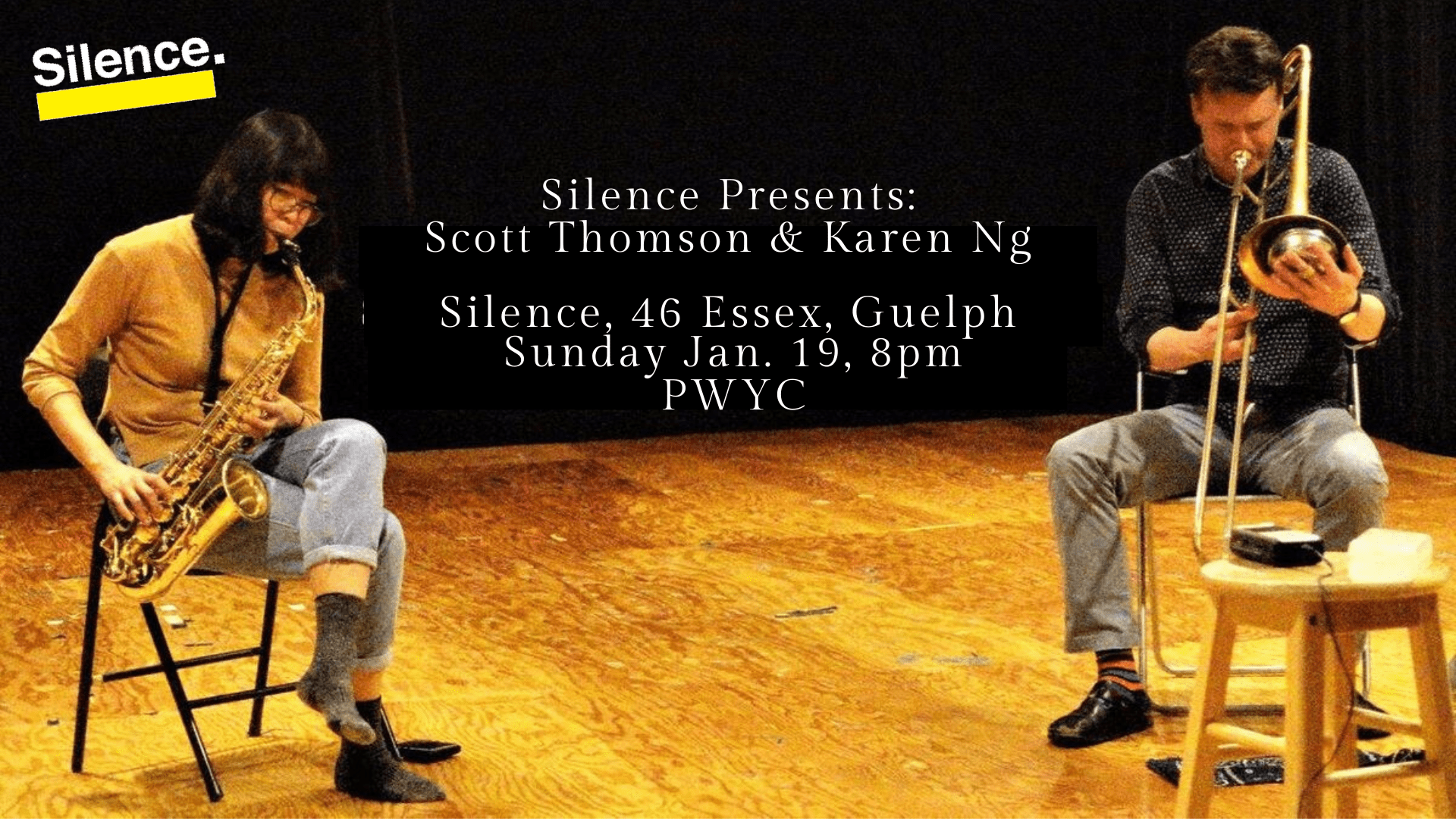 Doors at 7:30 PM
Show at 8:00 PM
PWYC
The team that brings you Guelph Jazz Festival returns to Silence for an intimate performance.
Scott Thomson is a trombonist and composer based in Montreal. His songs on others’ texts for singer and dance artist, Susanna Hood, have been played in many contexts, some involving her choreography. Monicker (with Arthur Bull and Roger Turner) shows Scott’s ongoing commitment to open improvisation, as does his ‘Trombone Solos at Odd Hours’ project, an odd one indeed but one that has yielded some good music. He co-founded and co-directed the Association of Improvising Musicians Toronto 2004-09, and co-directed the AIMToronto Orchestra, formed for a project with Anthony Braxton in 2007. In 2016, he convened the Montreal-Toronto Art Orchestra to work with Roscoe Mitchell. Scott founded Somewhere There, a Toronto venue that hosted 850 concerts during his tenure, 2007-10. He has made site-specific works for mobile musicians and audiences in unconventional contexts including, notably, the National Gallery of Canada and the Art Gallery of Ontario. Scott programs the Guelph Jazz Festival with Karen Ng.
Toronto based improviser Karen Ng can be found in many different projects across a wide range of music. She has appeared on stage with Andy Shauf, L CON, Happiness Project, Do Make Say Think, Fresh Snow, Bry Webb, Woodshed Orchestra and Broken Social Scene. Currently Karen is involved in several improvising ensembles in the city including Rob Clutton Trio, Kind Mind, Craig Dunsmuir and the Dun Dun Band, See Through 4, InBetween as well as various ad hoc duos, trio and quartets.
Previous articleVertical Squirrels Invite: Anne Bourne & Matt Brubeck