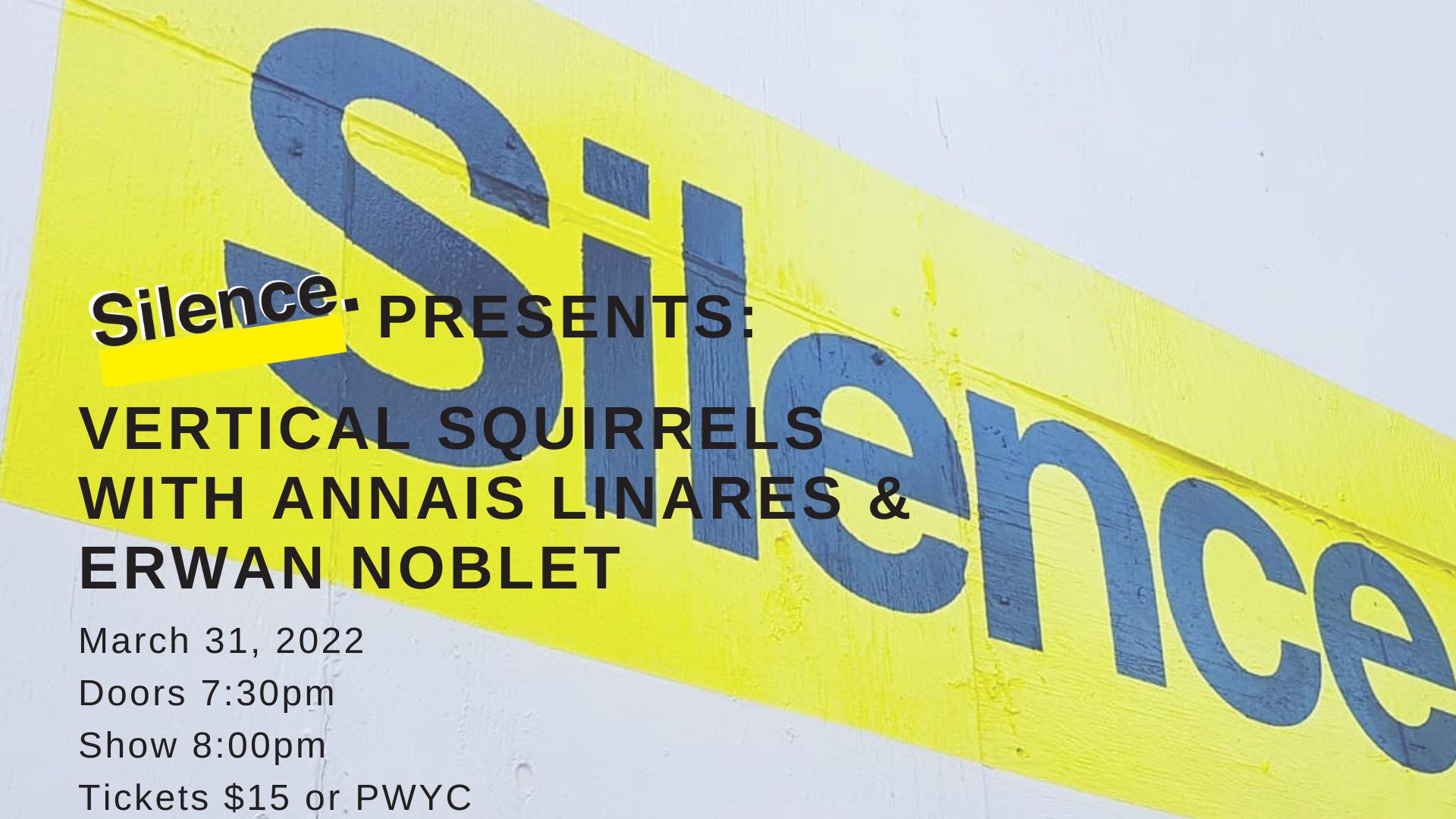 Raised in the dry and awfully warm Coachella Valley, California, annais linares is currently a PhD student in the Critical Studies in Improvisation program at the University of Guelph. She is a vocalist, improviser, and collaborator with a thing for words. She seeks to co-create musical playground installations with her communit(ies), play sounds collectively, and adapt to real “seasons.”

Erwan Noblet is an explorer who seeks authenticity, human connection, meaning and excellence in my work. Passionate about transmission, pedagogy is the keystone of his professional career. He continues to explore, meet and work with educators from all over the world and put myself at the service of singer, actor, orator to explore this deep and authentic link that exists between the voice and our inner music.

Called an “an unclassifiable blast of fresh air” by the Montreal Mirror, with their album Hold True (Accroche-toi) chosen as one of the top ten offerings in 2010, the music of the Vertical Squirrels is group-improvised, live in the moment, and draws on a potent mixture of free jazz and post-rock sensibilities with nods to Indian ragas, jazz-inflected minimalism, Zappa-esque bouts of sonic anarchy, and German rock music from the 1970s. Like the music they play, the Vertical Squirrels came together through a mixture of chance and perseverance. Long-time collaborators Daniel Fischlin, Ajay Heble, and Lewis Melville started playing together as a group upon the arrival in Guelph of multi-talented drummer/percussionist Rob Wallace, in 2008, later adding acclaimed drummer Ted Warren to the mix in 2011. A unique voice on the Canadian instrumental scene with constantly mutating sonic risk-taking at the core of their musical practice, the Vertical Squirrels showcase a unique blend of group instant-composition, richly textured melodies and harmonies, and the use of unexpected orchestral possibilities, in conjunction with a long practice of fostering unexpected musical encounters.