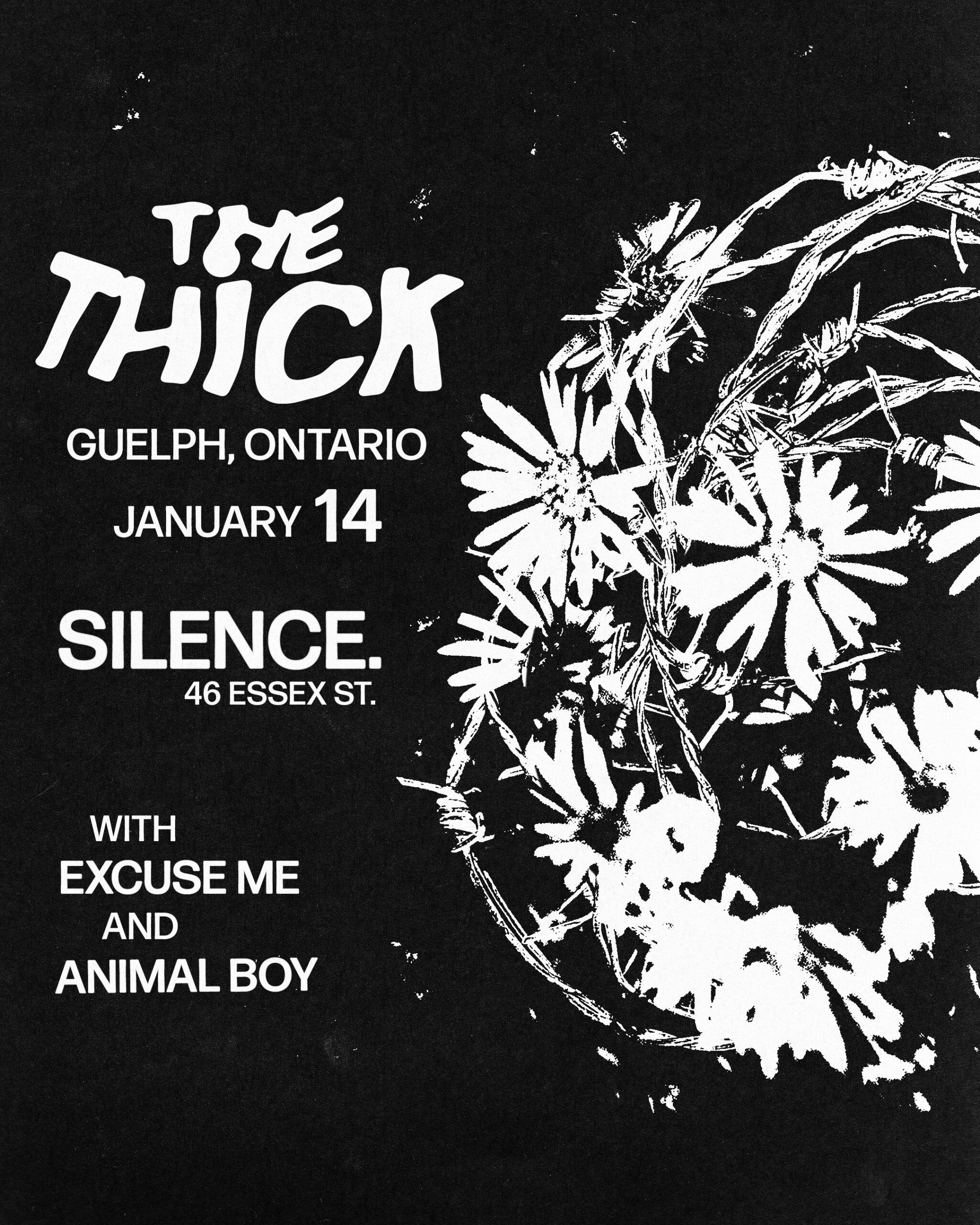 Doors 7:30pm
Show 8pm
BUY TICKETS
Animal Boy
Four anxious twenty-somethings who write extremely honest songs that you can dance to.Excuse Me
Excuse Me is Adam Kuhrt, Aleks Liskauskas, Dylan Creed, Heyden Jennekens, and Jo Seymour; a five-piece alternative rock group formed at the University of Guelph in 2017. They started their journey practicing in a cramped bedroom, and now are living together in their home studio. With 5 years of songwriting together, their goal is clear: to make art that speaks to people on a personal level.Although they are considered an alternative band, Excuse Me dips into a handful of different genres including folk, funk, pop and punk.  Excuse Me has released 23 songs since its conception. This collection of music is comprised of an album and 4 EPs, which have gained over half a million streams across all platforms. Excuse Me has collaborated with various artists and producers to create striking visuals, including a trilogy of music videos (Three Two Three Productions) and a filmed live session in a closed theatre (Good Company Productions).Ultimately, Excuse Me wants to connect people across the world through their music, and are doing it one song at a time!
The Thick
“Blood is THICKER than water” is the key idea that describes The Thick, a rock band built on the musical bonds (and genetic codes) of 2 sets of brothers. It means that their music reflects more than their shared experiences and influences. It’s a feel, a vibe, a groove … an unspoken language between the 4 of them, that’s … in the BLOOD.
BUY TICKETS
Previous articleFriendly Rich and the Jane Does