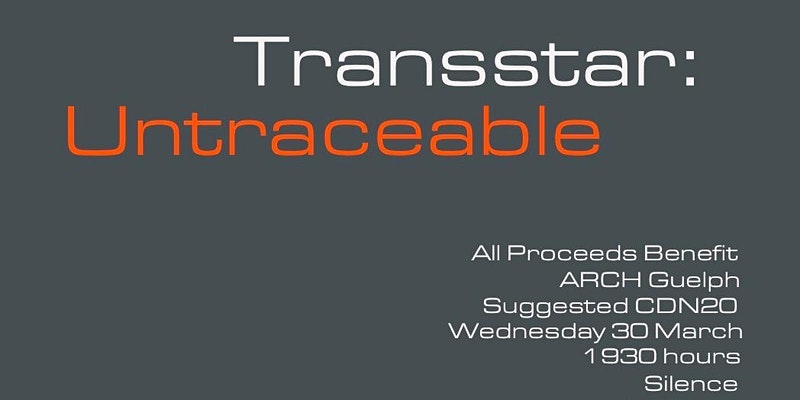 Join us, March 30th at Silence, Guelph to celebrate the release. All proceeds for this event are going to ARCH Guelph.

On Transgender Day of Visibility, March 31st, 2022, Transstar is releasing the video and title track of her forthcoming EP, Untraceable. This collection of songs explores the intersections of Transstar’s identities as a trans woman and an independent artist. From anthems for self-realization, to rallying cries for the queer community, Untracable is activism disguised as pop music.

Aimee Copping has been making electronic pop since forever. In a former iteration, she signed a publishing deal with EMI Canada in 1991 and released an ambient electronic CD, Score For Life, in 1997. Aimee relocated to Berlin, where her artist persona Transstar was born.

Transstar’s relationship with music is not only about her artistry. It is her way of connecting with and serving her community.

In 2015 Aimee launched Blackball, a nonprofit organization that teaches electronic music to prison inmates and young people in underserved communities. Aimee collaborates with Pros and Cons, a song mentorship program for incarcerated individuals created by Hugh Christopher Brown. She also established a dedicated music production space at Grand Valley Institution For Women in Kitchener, ON, and produced two albums recorded inside the institution, Undisclosed Location and its follow-up, Private Town.