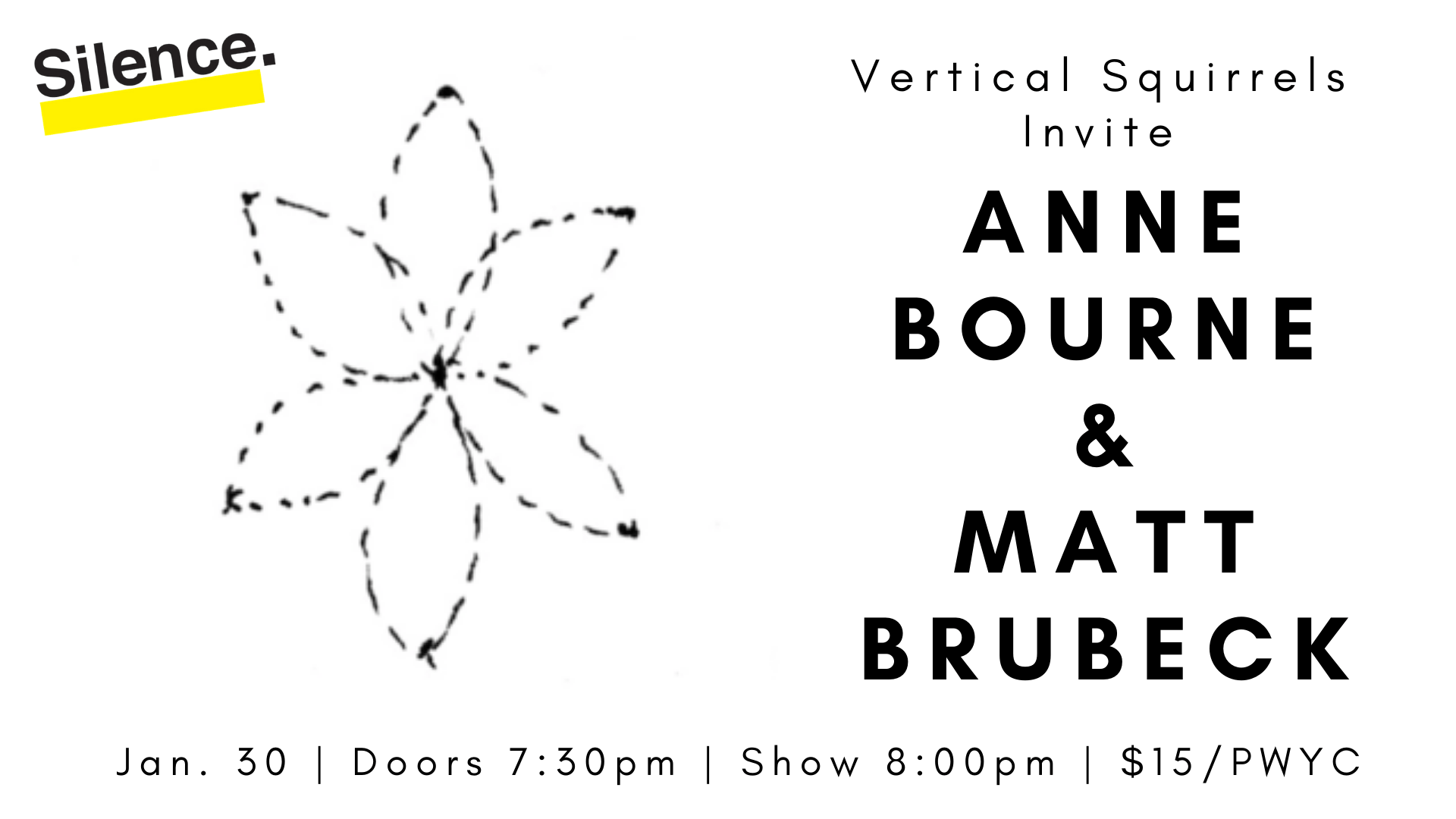 Guelph’s own Vertical Squirrels (Daniel Fischlin, Ajay Heble, Lewis Melville, and Ted Warren) are hosting a residency at Silence through the Fall and Winter of 2019-20, featuring performances that highlight the group in improvised dialogue with special guests.

Matt Brubeck is a composer/performer specializing in improvisation on the cello. Classically trained, with a Master’s in cello performance from Yale, Matt is at ease in multiple genres and has taken his cello improvisation skills into diverse musical territories. He also plays piano and bass.

Presently residing near Toronto, Matt performs with an array of jazz and improvising artists. Projects include Stretch Orchestra, a trio with guitarist Kevin Breit and percussionist Jesse Stewart. Stretch Orchestra’s eponymous CD won the 2012 JUNO Award for Best Instrumental Album of the Year. Matt is also a member of Ugly Beauties (a trio with pianist Marilyn Lerner and drummer Nick Fraser). Their critically acclaimed CD Ugly Beauties was released on the Ambience Magnetique label in May 2009. The trio performed at jazz festivals across Canada that summer. Additionally, Matt performs with with jazz pianist David Braid as the duo Brubeck Braid, Their 2007 CD, twotet/deuxtet was nominated for both a JUNO award and a National Jazz award in 2008. Brubeck Braid has toured Australia, China, Ontario, and Quebec.