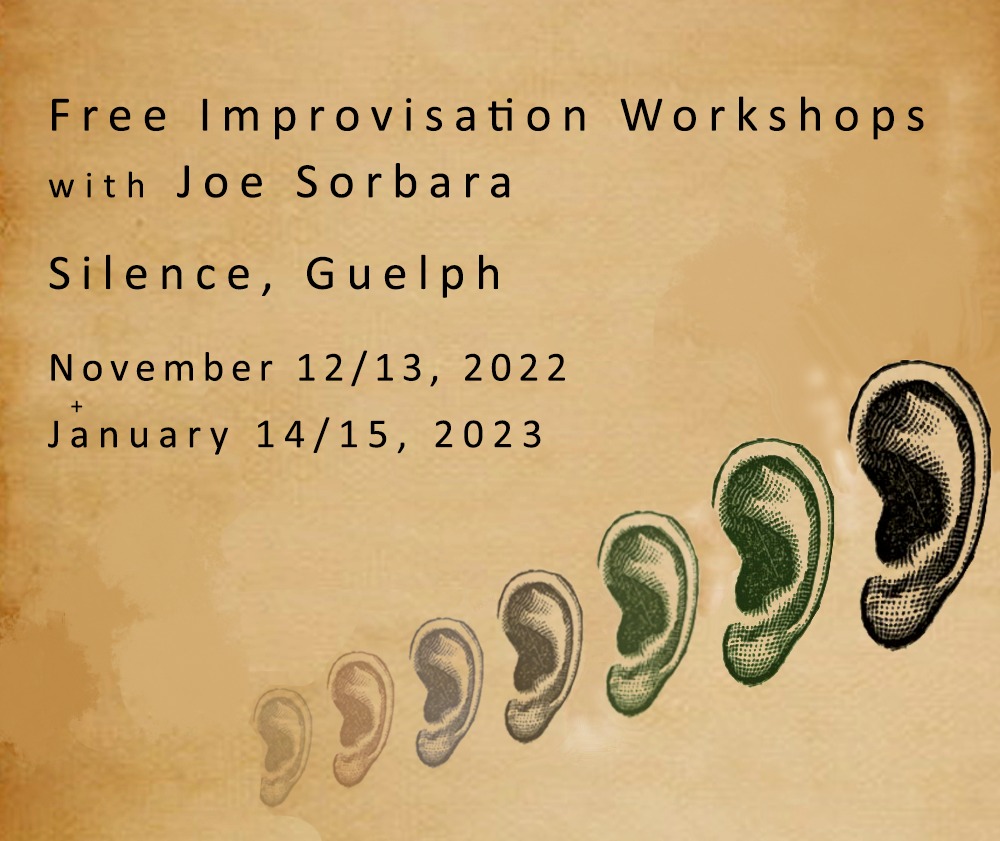 The world of Creative Music is a large and complex one with many moving parts. What all of those parts have in common is that they coalesce in ways that, rather than the faithful recreation of something that has already been fully formed, priority is given to the creation of new music by the performers in performance. In other words: somehow, someway, the music involves improvisation.

(* if this rate makes a course inaccessible to you, please be in touch about sliding scale rates.)

At present, Free Improvisation I is being offered:

An introductory course in the practice of free improvisation or “instant composition,” Free Improvisation I deals with “making it up as we go” in a considered and critical way that stresses personal expression and responsibility, engaged listening, intentionality, and playful exploration. The course involves a great deal of playing and discussion as well as musical games and exercises that offer new and different ways of approaching one’s instrument and participating in the unfolding music.

A continuation of Free Improvisation I. Those interested in going deeper into the practice of freely improvised music-making will gather with others for more play, more discussion and critique, and more in-depth exercises designed to both open up and hone their approach as improvisers.

A deeper dive into the complex world of creative music-making, this course brings pre-composed elements into play. Participants will encounter many of the different ways that creative musicians compose musical structures for improvisers to navigate including game pieces, text-based compositions, conduction concepts, graphic scores, and different ways of using and negotiating traditional western notation.

A continuation of Creative Music Interpretation and Performance, this course is for those who wish to begin composing their own music for a group of improvisers. Participants will develop their own pieces in a workshop environment and play compositions by their colleagues in the class.

Who is Joe Sorbara?

Next article Friendly Rich and the Jane Does