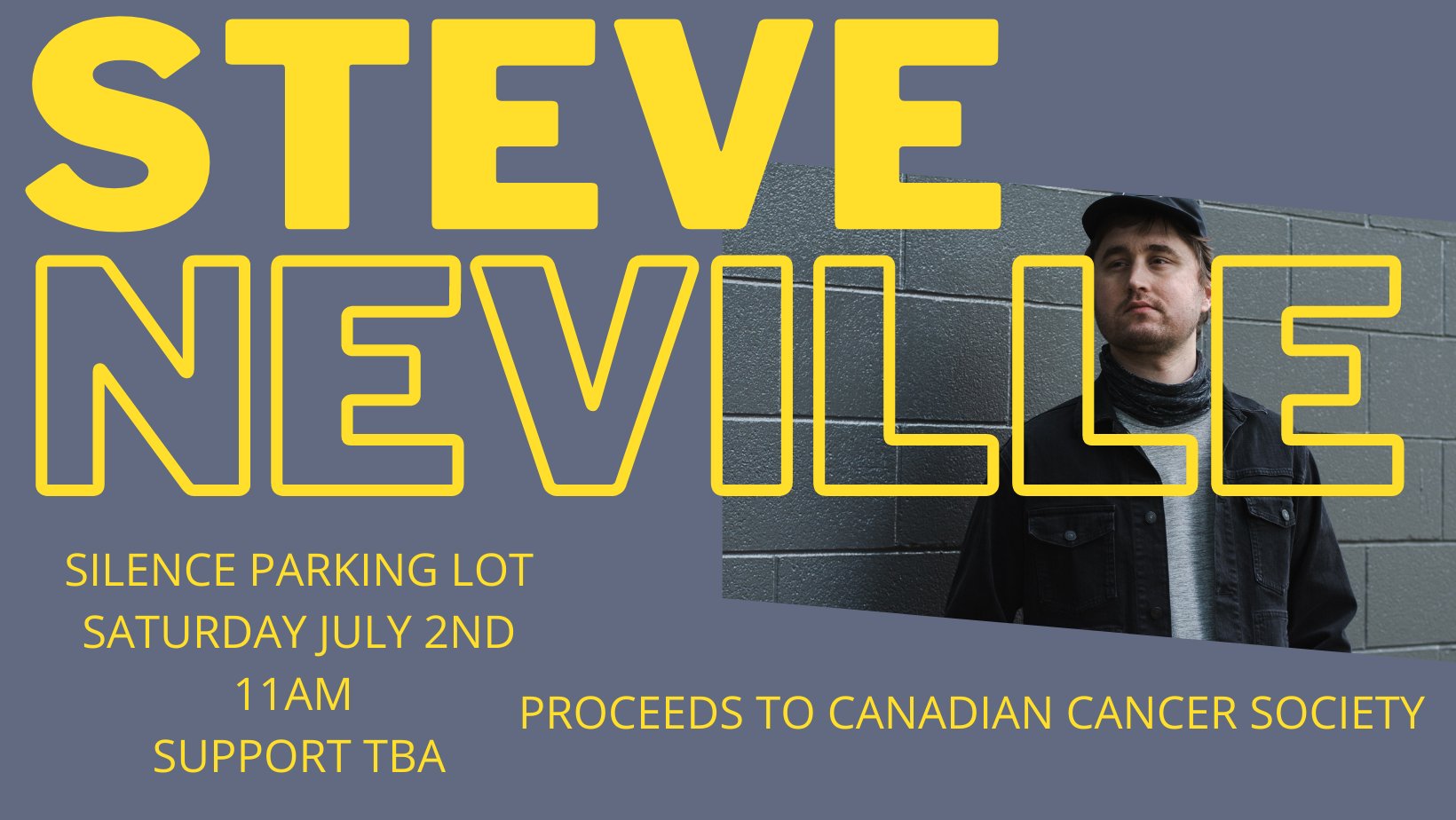 Show 11am
Join us for a morning outdoor concert to raise funds for the Canadian Cancer Society!
Singer-songwriter Steve Neville is a cancer survivor and Métis musician. He resides with his family in Guelph, Ontario on the traditional territory of the Mississaugas of the Credit First Nation of the Anishinabeek Peoples. Born in Ottawa, he belongs to the historic Georgian Bay Métis and Environs community, where many of his relatives still reside.
Steve is a life-long student of the musical arts, having studied both popular and classical music at the Ottawa Youth Orchestra Academy and University of Ottawa. Alongside his sister, Jacquie Neville and Liam Jaeger, Steve co-founded alternative rock band, The Balconies in 2007. The group was active for a decade and released four LPs and an EP while under the co-management of Audio Blood Media and Coalition Music. As a seasoned touring act, the band performed extensively throughout North America, the UK, western Europe, and Scandinavia. Notably, they have opened shows for the likes of Devo, Cold War Kids, City & Color, Bad Religion, Sloan, Our Lady Peace, July Talk, and others. With an impressive catalogue of music, the band have landed sync placements in numerous commercials and marquee TV programs, including, Game of Thrones (2017), Degrassi High (2013), Pistonhead Lager (2014), and Volkswagen (2013).
The Balconies disbanded in 2018 (Globe & Mail, Exclaim!), however, Steve had already left the band in 2016 after completing the recording of their final LP, Rhonda (2016), due to creative differences and to pursue graduate education. After leaving The Balconies, Steve went into a period of creative hibernation, focusing on his personal life without releasing any music for the next five years.
Then suddenly, during the COVID pandemic, Steve was rushed to hospital emergency in February 2021 after a period of rapidly declining health. He was diagnosed with leukemia and immediately began treatment. At this point, due to pneumonia and other issues, he was transferred to ICU for life-saving intervention: he spent nearly two weeks there, bedridden, fearing for his life, and worrying about the security of his partner and newborn son. Steve managed to recover and completed three rounds of chemotherapy before receiving a stem cell transplant in May 2021 from his sister, Jacquie. From his time in hospital, Steve has written a cancer themed song collection, which he plans to release as an LP in early 2022.
The music is dedicated to everyone who is been touched by cancer, be it patients, survivors, friends, family, and healthcare providers. However, the songs are also meant to resonate with people unfamiliar with the challenges of cancer but can relate to experiences of fear, grief, loneliness, pain, and hope for a second lease on life – themes which resonate especially due to the global pandemic. His debut release is a digital 7″, SUMMER HAIR (2021), featuring the single “The waiting room”, and introduces audiences to the sounds and lyrical themes of his forthcoming LP.
He is planning a partnership with a cancer research charity to donate music sale proceeds. As part of the project, Steve will undertake a socially distant busking tour in Canada to accommodate his immunocompromised state. All proceeds from the tour, entitled, #SONGS4CANCER, will be donated to charity.
https://stevenevillemusic.com/
Previous articleMarley's Coffee House