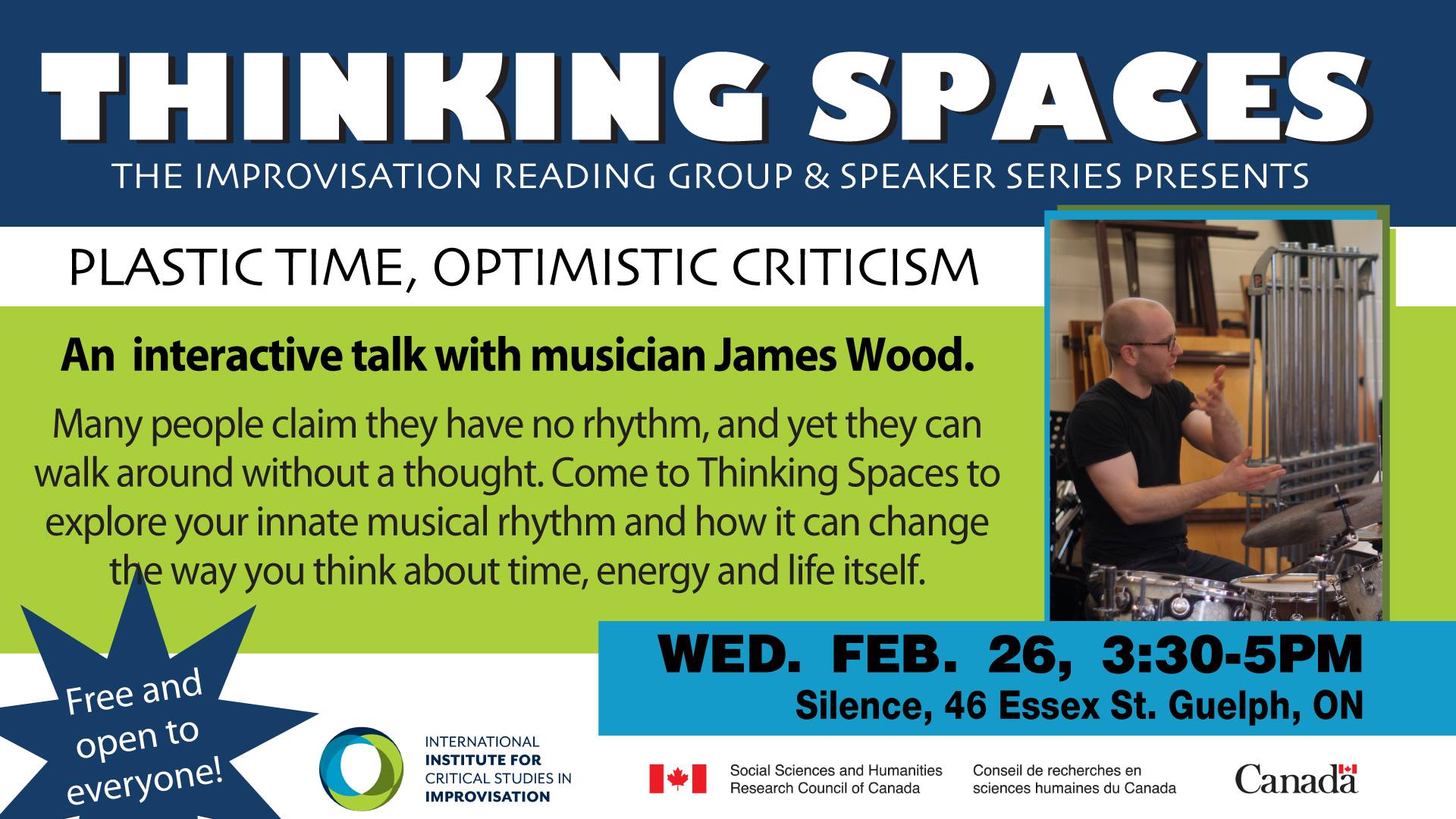 Join James Wood as he proves that time doesn’t exist.
Who says criticism has to be critical?

In this Thinking Spaces presentation James Wood will discuss Plastic Time, relating to a practice he calls Optimistic Criticism (OC). The former, in brief, is a method of rhythmic and temporal analysis and notation he is developing after years of frustrations with traditional notation and analytical systems. OC is a description of his general critical approach, which incorporates artistic research and a questioning of institutional biases of justification. This talk will include some performance and hands-on activities.

James Woods is a musician, academic and writer who has performed across the world. He has had poetry published in The Moth, Kindling Journal and The Looking Glass. In 2017 he was shortlisted for the National Poetry Competition. In 2014 he won (with Donkey Zoo) the inaugural Cheltenham Jazz Festival Award. In 2017 he was awarded the Vinson Award from the University of York for academic excellence. He is studying for his PhD at Leiden University and is an affiliate member of ARC (Art_Research_Convergence).

The Improvisation Reading Group and Speaker Series, Thinking Spaces, considers the ways in which improvisation can provide us with new ways of thinking and acting. Throughout the year, this group organizes public talks, workshops, special events, and concerts, as well as reading sessions that may include music, performance, film, academic texts, fiction, etc., based around critical thinking on improvisation. Readings are circulated in advance, and may also include short informal presentations by current IICSI students, artists or community groups.