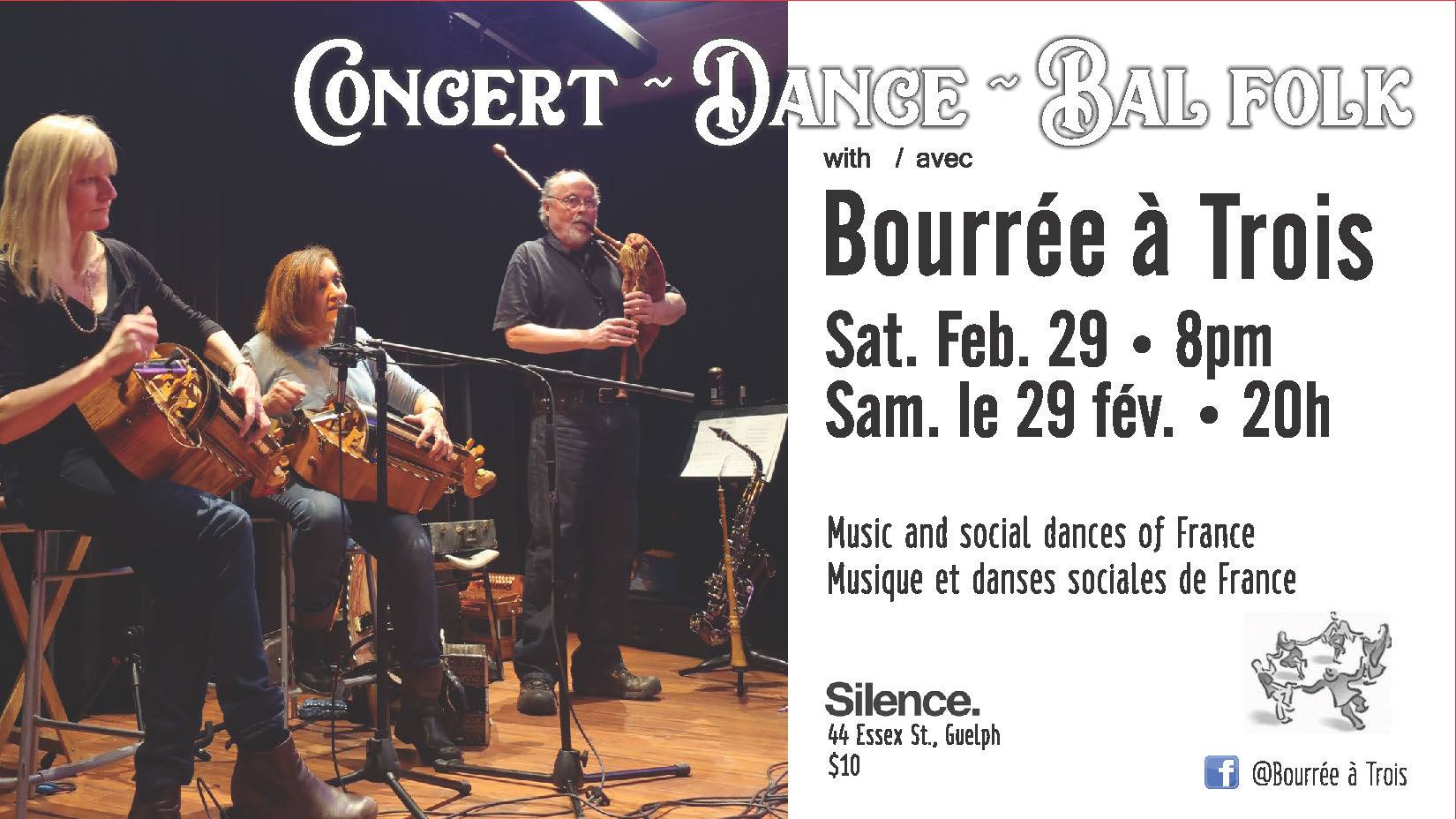 You haven’t lived until you have danced in the shadow of a French château, sung the refrains of a medieval ballad, or listened to the buzz of the hurdy gurdy into the wee hours of the morning…. with a glass of wine in your hand, of course! Bourrée à Trois, is a group of three musicians who will transport you to that very château in the heart of Brittany or central France through the captivating and enchanting music of hurdy gurdies and French bagpipes.

Their repertoire includes songs and dance tunes from central France and Brittany, generally called balfolk. They will actually teach you to dance a bourrée à trois, as well as the mazurka, scottishe, an dro and many other popular social dances from those regions. Balfolk is gaining attention in North America as the word gets out about a whole new kettle of fun.