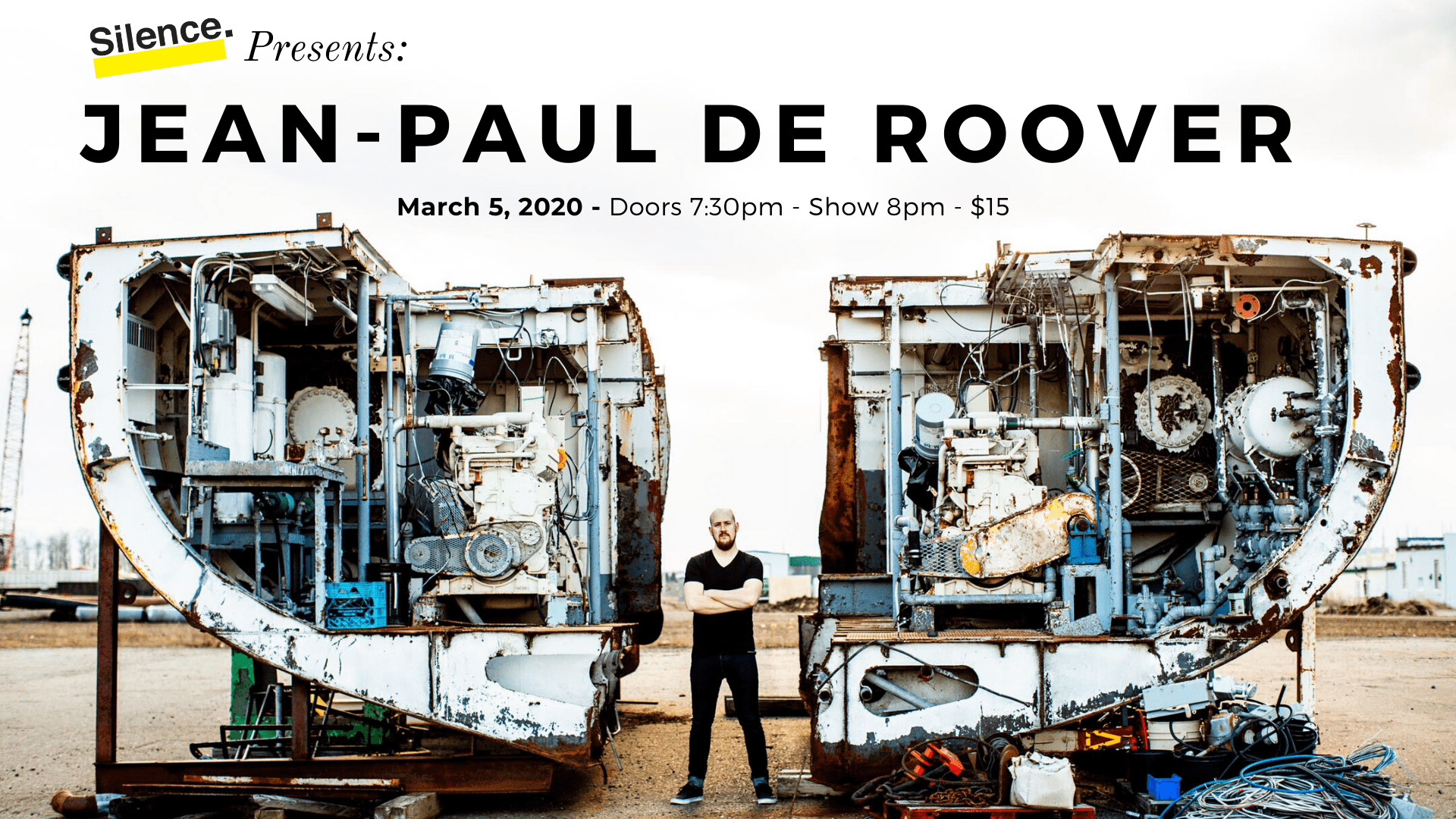 Jean-Paul De Roover’s musical upbringing was anything short of ordinary.

Inspired to play music after reading a book about a child violinist, he begged his parents to learn to play violin where he was promptly coerced into piano lessons. After two years he was given the chance to learn violin in Pakistan where he was immediately disappointed with his progress and stopped. Moving forward to his early teens, he was gifted a handmade Bolivian guitar from the local market and self-taught himself how to play his first Beatles song. A smattering of lessons with a Brazilian jazz bass player, Dutch singer-songwriter and Chilean vocal coach encouraged De Roover to continue pursuing music, but following his own inspirations. Upon returning to Canada in 2001 he explored everything from concert band to barbershop while forming his first rock and punk bands before studying theory, composition and orchestration at Lakehead University in Thunder Bay, ON where he graduated in 2009.

“2009 was an important year for me,” De Roover remembers. “I was in the middle of nowhere, sitting in the basement of a venue after my first show on a 3-month tour in support of “Windows and Doors” (a CD/DVD that folded into a house), when I pressed ‘send,’ submitting my MA thesis to complete my Sociology degree when I realized that this – this was the moment that I became a full-time musician.”

Since then this Belgian-Canadian has toured across North America and Europe, sharing stages with artists such as the Beach Boys, Goo Goo Dolls, Said The Whale, Beardyman and more, and showcasing his work at multiple international music festivals (including Canadian Music Fest and NXNE). His music and videos have also been featured on CBC, MuchMusic, reviewed in Exclaim, Earshot! and The Georgia Straight and charted on campus radio stations nationwide.

De Roover’s early career was defined by his innovative approach to music using live looping, where he used his voice and a wide range of musical instruments to construct his songs piece by piece in front of an audience. But his constantly evolving palate has seen him exploring his earnest acoustic singer-songwriter side on “Love” (2019) as well as his passion for emotionally and aurally heavy alternative and progressive rock on “Loss” (2020), the two of which are sister albums. De Roover continues to push his own musical limits both in form and substance, daring others to try and categorize him. Because of this, De Roover’s music retains a distinct identity whether he is playing solo, with a band or even a 30-piece orchestra.

Even when he’s not on-stage he’s active in the music and arts communities. For over 8 years he created and coordinated festivals and events for the City of Thunder Bay, and is currently the Artistic Director for the Live From The Rock Folk Festival in Red Rock, ON. He is also a long-standing member of the 3-person team at TBShows that promotes and presents music in Thunder Bay. But when he’s not performing live or parenting his toddler, De Roover can be found in his studio, Blueprints, where he not only recorded his latest two albums but also works with the music, film, and television industries as a producer, composer and engineer.

“Despite the fact that I will always feel like a musical outsider,” comments De Roover, “I’ve certainly been embraced by Northwestern Ontario and now call it home.”

Celebrated Folk Icon Ivan Rivers is a Canadiana singer-songwriter from Huron County, Ontario and who know resides in the Royal City of Guelph, Ontario. His songs blend hard-earned realism, poetic mysticism, and tender romanticism into tender bits of lyrical beauty.