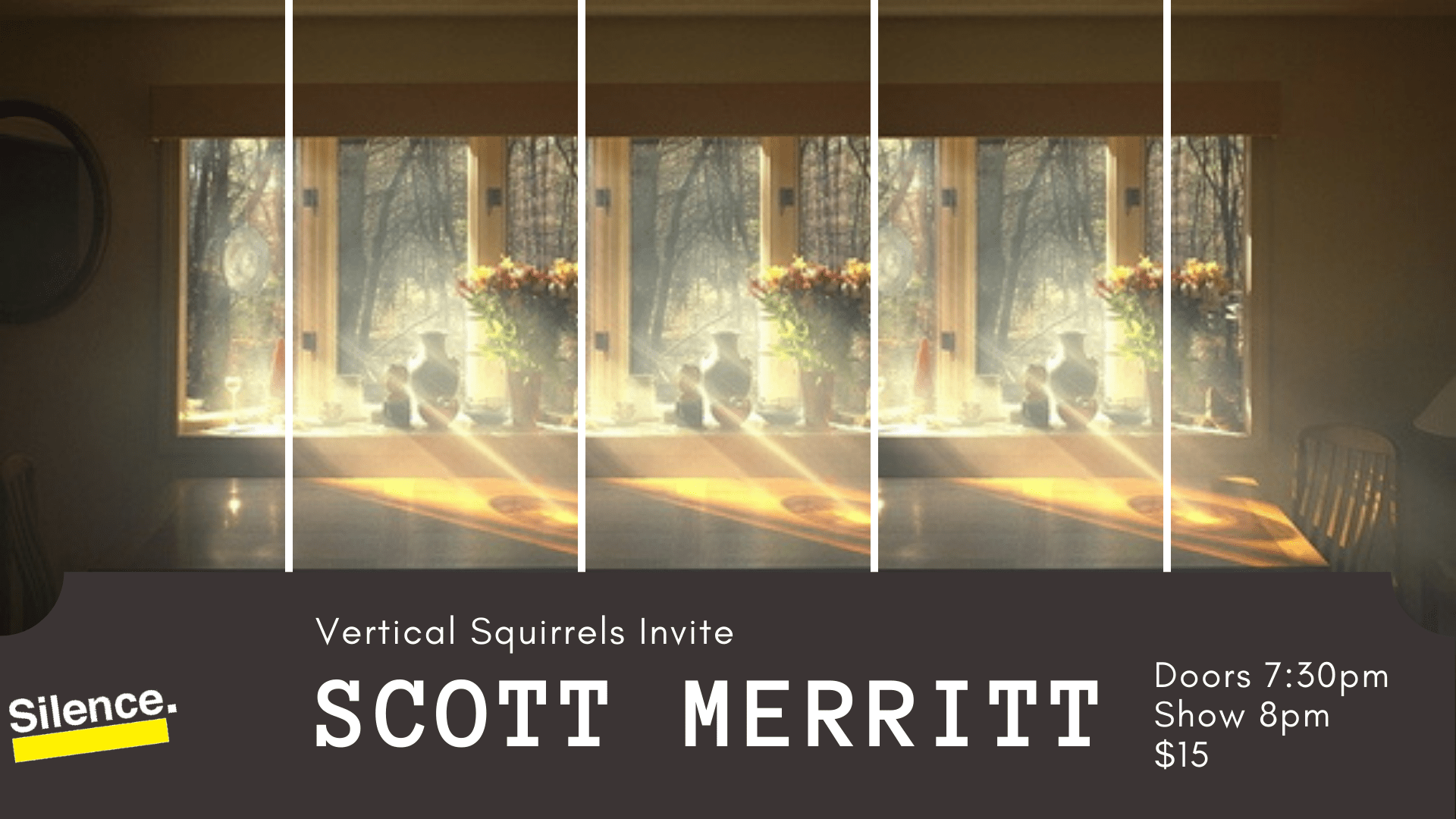 Guelph’s own Vertical Squirrels (Daniel Fischlin, Ajay Heble, Lewis Melville, and Ted Warren) are hosting a residency at Silence through the Fall and Winter of 2019-20, featuring performances that highlight the group in improvised dialogue with special guests
Scott Merritt is a Canadian recording artist and music producer who has worked throughout North America since 1980.During that time he has released six albums under his own name on labels that include Duke Street Records and Maple Music in Canada and IRS Records and Universal Records in the US.
He has also produced and mixed other Canadian songwriters and bands at his studio, the cottaGe.

While still a kid in the 70’s, Merritt began working out his musical kinks in garage bands around his home town of Brantford, Ontario, playing everywhere from CYO dances to Blood Donor clinics.  Eventually, as band life began to feel confining, he quietly gathered up a collection of original songs and struck out on his own, playing colleges, coffeehouses and festivals in Ontario and soon, around North America.
By the early 80’s he had released two independent releases, Desperate Cosmetics (1979) and, Serious Interference (1981) (Little Jona Records).
He sold both out of the back of his van as he toured, gathering critical press support and developing a loyal fan base along the way. Serious Interference, remarkably, garnered him unsolicited commercial radio airplay which would eventually lead to a succession of recording contracts, tours and nominations throughout the following years and six releases.